Learn Why Firms with Equal Employment Opportunities Are Appealing to Candidates 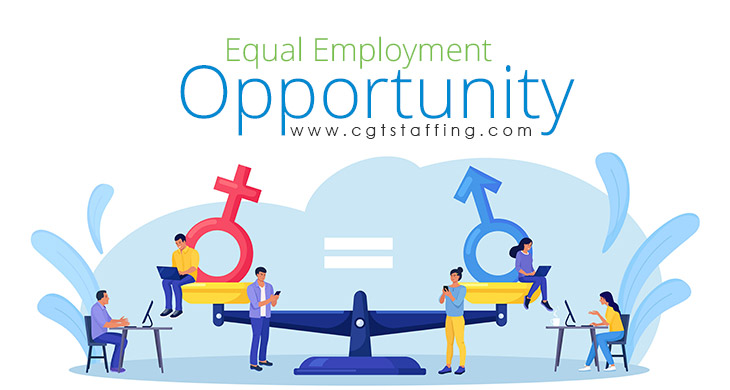 Tolerance for any form of discrimination and bias is rapidly shrinking in a world that has l increasingly come to terms with historical inequity. In a business context, this has taken the form of a fairly recognizable principle called equal employment opportunity or EEO. EEO calls for giving everyone a fair and equal chance, especially in terms of eliminating workplace discrimination based on factors like race, gender identity, sexual orientation, nationality, ethnicity, marital status, sex, age, and religion.

Why Do Equal Employment Opportunities Matter to Workers?

Why is it so important for businesses to do more in terms of being visibly EEO-friendly employers? What has prompted countries like Australia to enact formal legislation like the Equal Employment Opportunity Act? The simple answer: candidates find unbiased employers very appealing. In some cases, this preference is as appealing to a candidate as an employer’s policy on paid leaves. Learn more about why this is so appealing from a candidate’s perspective below:

One of the biggest reasons that workers value employers with formal EEO policies is the level of protection they offer. In the modern workspace, there is no tolerance for employee discrimination; the EEO helps protect workers from such trespasses.

By extension, this translates into an equally unbiased approach to recruiting. This offers workers a reasonable degree of assurance that they will have a fair chance at landing a job regardless of their age, sexual orientation, gender (including gender reassignment), race, ethnicity, religious beliefs, and so on. By extension, they expect these employers will also have appropriate strategies for acquiring qualified talent in place. In effect, the favorable perception of EEO allows workers to be more confident when they apply, knowing these factors will not (and should not) count against them.

EEO Workplaces Are Far More Inclusive Than Others

Another key factor that makes EEO workplaces more appealing to candidates, in general, is the inclusivity they encourage. A workplace with an EEO-friendly approach will reflect the same philosophy in its workforce and workspaces. From non-binary restrooms to friendly and unbiased colleagues, this is the kind of workplace that most workers, especially younger professionals, tend to prefer. Employees and candidates can also be confident that such workplaces have strategies in place to increase inclusivity, such as a committee on equal employment opportunity that evaluates and adjusts talent acquisition for maximum effect.

Work Cultures Based on Equality Are Unbiased

For workers from diverse backgrounds and experiences, the idea of safe and unbiased work culture is extremely appealing. They don’t have to worry about the types of hazing, bullying, or other behaviors that could threaten their workplace safety. As a result, they are able to function and perform in their roles in a culture that is free from unnecessary and unfair bias. They have a greater sense of loyalty and little fear of being victimized based on the factors that EEO seeks to eliminate.

An employer known for fair and unbiased practices will generally prompt serious consideration by mindful candidates. By comparison, an employer that has a reputation for unfair practices, particularly in the context of discrimination in both hiring and work cultures, will likely not receive a similar response. As employers acquire a reputation for being fair and unbiased, especially when it comes to EEO, it adds to their employer brand. Even in decentralized recruitment models, workers will associate the same fairness in recruitment and workplace with the employer.

Elevated brand value adds to an organization’s ability to attract and onboard even more talent. A mortgage firm with a stellar reputation for fairness and unbiased approaches will attract talent of a higher caliber. Even third parties like a mortgage staffing agency will find it easier to present the employer as an appealing option where this perception already exists. By comparison, a reputation for discriminatory or non-inclusive practices will have the opposite impact. The employer will ultimately impair its ability to attract and retain the kind of workers they want.