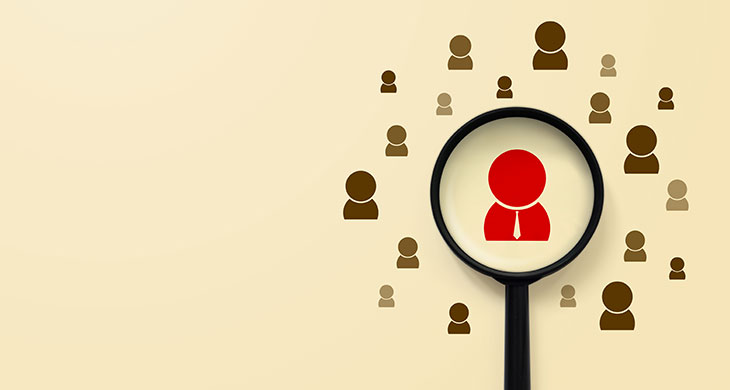 With the unemployment rate at its lowest in almost 50 years, employers are faced with the challenge of finding and retaining the right talent. What follows is one of the greatest dilemmas of the recruiting process – identifying an ideal candidate only to be “ghosted” by them.

What does that entail? They might suddenly stop replying to emails, fail to appear for an interview, or accept an offer only to be absent on the first day of work.

Indeed.com surveyed nine hundred employers across multiple industries and found that a shocking 83 percent of employers have experienced ghosting!

What Is Candidate Ghosting?

Candidate ghosting refers to the act of ceasing all forms of communication with the employer during the hiring process. By design, the candidate deliberately fails to reject the offer or share why they are no longer interested in the position. In other words, he or she disappears without a reasonable explanation.

In the present hiring market, ghosting has already put businesses in a tough position. Candidates unexpectedly falling away during the application process is a huge problem, mainly because it results in wasted effort, time, and resources and contributes significantly to hiring costs.

If that’s a frequent problem for a business, it’s a sign that the organization must work on improving its talent acquisition strategies, and quickly.

Why Is It Happening?

Candidate ghosting is common today because employees have more choices than ever before. Skilled candidates are fielding multiple job offers and they aren’t hesitant to burn a few bridges in order to find a position that aligns perfectly with their own goals and expectations.

Candidates cite several reasons for ghosting, some of which are outside a recruiter’s control. However, there are certainly areas where recruiters could improve their own efforts to combat candidate ghosting.

The usual reasons given as to why candidates normally ghost employers are as follows:

How to Eliminate Ghosting

Trust, transparency, open communication, company reputation, and candidate experience are crucial factors that can counter candidate ghosting. If a candidate has ghosted an organization more than once, this is a clear sign that the said business needs to reevaluate its hiring process.

As mentioned earlier, some factors are in the recruiters’ control and it’s possible to minimize this problem or eliminate it altogether.

Ghosting begins when the job/role is not what the candidate expected. If the job seeker gets a better understanding of the position and the company culture before the start of the application process, this can reduce frustration for both parties.

Reevaluating the recruitment funnel often begins with writing more clear and more inclusive job descriptions. Outline the roles and responsibilities, mention the benefits and the perks and subtlety promote the company culture. Eliminate the requirements that aren’t essential to the role to avoid missing a large chunk of the talent pool.

Be flexible, respond to the candidate application as soon as possible, schedule prompt interviews, share updates on the application status and communicate effectively. Partnering with a staffing agency Austin can reduce the burden of this overwhelming process and ensure the candidate has a smooth experience.

Be Quick with the Offer

Robert Half conducted a survey that revealed that more than 35% of employers surveyed reported they missed out on a potential hire over the last year because they took too long to make an offer.

Waiting to receive an offer is frustrating. This free time allows the job seeker to think, reconsider, and accept other job interviews. More efficient hiring timelines can prevent all of this from manifesting. Make it a point to present the right candidate with an offer before they change their mind. Treat the candidate with respect and earn respect in return.

Communication is a two-way street. It’s not just candidates who ghost employers; employers do it too. Some employers fail to respond to candidates after the application process and even during the interview, leaving them wondering about their chances for hire.

Candidates expect weekly status updates on both their applications and what to expect next in the interview process. Staying in touch with them can prevent candidate ghosting from the outset.

Talk About Compensation Early On

A competitive salary is every candidate’s priority, and compensation below their expectations can be a deal breaker. To narrow down the candidate pool, expert recruiters recommend asking questions about the expected salary early on, and preferably during the initial phone screening to ensure the candidate and the recruiter are on the same page.

Job seekers tend to ghost when they get a bad feeling about a company’s culture. A recruiter is the representative of the organization’s culture throughout the recruiting process.

Failure to communicate effectively, failure to respect the candidate’s time, being disrespectful, demanding, biased, and negative – all these factors can be a deal breaker. Displaying a positive and inclusive culture is an efficient counter to many unfounded concerns!

A positive candidate experience can leave a lasting impression, further streamline the recruitment process, reduce the likelihood of candidate ghosting, and ensure the retention of the best talent. Partnering with an experienced mortgage staffing agency can help; that way your business can focus on the other core operations.