The Effects of Wage Gap on the Women of Color 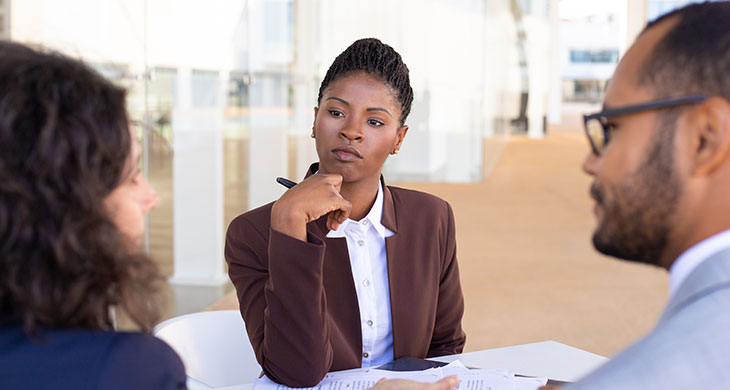 Unfortunately, patterns of discrimination are often taught – they are not innate. The struggle for women to break through the proverbial glass ceiling phenomena and bridge the wage gap has long existed as an ongoing struggle.

Women all over the world generally earn less than their male counterparts, irrespective of their race and ethnicity; but this issue becomes manifold when examining women of color.

Women of color have endured gender biases and incidents of racism while vying for the same wages afforded to other classes of working professionals. Conversations acknowledging the existence of the wage gap have been ongoing, but no true efforts have been put into action to rectify it for good. To eliminate this dilemma, it is crucial to understand its root cause.

Factors That Contributed to the Wage Gap

Women of color and their resulting achievements have long been devalued as a consequence of systematic racism and sexism. While this has persisted for decades, the global pandemic has contributed to its resurgence.

Discriminatory employment practices, persistent racial stereotyping, and intentionally insufficient legal protections have all contributed to a pay gap that affects women of color far more than it does other classes.

In 2019, black women were being paid, on average, only 63% of what non-Hispanic white women were paid, as stated by the U.S. Census. As such, the average wage that a white male professional earns in 12 months often takes an African American female 19 months to earn.

The Intersection of Injustice

The intersection of sexism and racism has been endured by women of color for decades. The effects of these injustices can be seen in the limited access to educational opportunities for African American women, gender and racial wealth gaps, and pervasive hindrances to their career advancements.

According to an AAUW survey in 2019, 59% of Americans believe the pay gap to be a result of bias rather than choice. This indicates that African American women clearly earn less than their male and female counterparts. The wage gap harkens back to redlining, ongoing systematic and institutionalized discrimination, and unequal access to government programs.

Many people believe education to be an equalizer, in reference to attaining job opportunities based on merit and skill. Unfortunately for women of color, it has not done much when it comes to overcoming the existing wage gap.

Segregation in Job Markets for Women of Color

Instead of availing themselves of opportunities to work in higher-paying fields, African American women more regularly settle for low-income service occupations. They tend to receive minimum wage in full-time roles. This evident discrimination can lead to creating a toxic work environment.

Narrowing the Pay Disparity for Women of Color

The disparity faced by African American women in terms of wealth and pay not only affects them, but also the people around them. A majority are the sole breadwinners for their families, which means their salary defines the fine line between struggle and sustainability for their household.

A fair pay policy ensures a larger proportion of women earn a decent living and support their families, while also contributing to the overall economy.

Gender and racial injustices can be put to rest if organizations make the necessary changes beginning with revamping their talent acquisition strategies to provide this disadvantaged demographic with fair chances of employment. If any organization seeks staffing services, they must seek unbiased mortgage recruiters – it has to be a collective effort!

Strong concerted actions to implement fair pay policies must be taken now because any efforts that are made currently to reach pay parity would yield results after a decade or more.

Gender and racial discrimination have existed for an exceedingly long period of time. This has caused people, especially African American women, to bear the burden of unfair practices, not only in workplaces but in everyday life as well.

It is time that such injustices are eliminated and fair pay systems are implemented. A step towards this progression could be achieved by partnering with a staffing agency in Denver and recruiting people from different races, ethnicities, and genders.

What is the main cause of gender inequality?

Gender inequality stems from the differences established between men and women by society and through social constructs that have been normalized.

How has the gender wage gap changed over time?

The gender wage gap has seen improvements in reference to the percentage difference decreasing over the decades.

How can the gender pay gap be fixed?

Companies can bridge this gap by conducting pay equality audits and implementing fair pay policies consequently. This will ensure employees with the same level of experience are paid the same.